The prophets had long since been stilled. The voice of the Lord was not heard. Daily life went on with hope gradually fading with every passing year of occupation and subservience. Where was the promised Messiah?

In these days came the beginning of the Gospel. It started out with a priest – not the High Priest, just a priest, a godly one, and even that fact was notable and unusual. On an ordinary day as he went about his normal service in the temple an angel of the Lord appeared to him by the altar. The childless priest and his wife were to become parents. This child would be ‘Elijah come’, and he would be named John. The child would be filled with the Holy Spirit from his mother’s womb – consecrated for a task. As the aged priest questioned the prophecy the angel announced himself: “I am Gabriel – I stand in the presence of God. I was sent to speak to you, but you will not speak until my announcement is fulfilled because you did not believe.”

Six months later God sent Gabriel to another town to Mary who was betrothed to Joseph in marriage. In this age of silence God’s messenger had come again. “Don’t be scared, Mary, I’m here because God approves of you, I’ve not come in judgement. You will conceive and bear a son and you will call his name Jesus. He will be great and he will be called the Son of the Most High, and the Lord God will give to him the throne of his father David, he will reign over Israel forever, his kingdom will never cease.” This would come about not through natural means. Mary was betrothed, but not yet married, but the Holy Spirit would overshadow her and give her this son.

So, in due course John was born and his father’s voice returned. This child, this son would be called the prophet of the Most High who would go before the Lord to prepare his ways and to give the knowledge of salvation to his people. God was speaking to his people once again!

And in these days as the Roman rulers demanded a census Joseph and Mary returned to Joseph’s family town – Bethlehem. Mary was pregnant and almost due. The town was in turmoil. All those who had left for the city of Jerusalem, or for larger towns had all returned for the census. There was nowhere to stay. And so Mary and Joseph were left with nothing but a stable to spend the night. When Jesus, the Son of the Most High was born, Mary wrapped him well, and laid him in a manger.

As Mary and Joseph lay and watched their child, amidst the noise and smells of the stable, they must have wondered: “Is this really the prophecy fulfilled?”

Meanwhile, far from the town, away from the lights of the inns and homes, out in the fields were shepherds, watching their flocks. There an angel of the Lord appeared and with the angel the glory of the Lord shone around. In the darkness of the fields at night it terrified the shepherds. But the angel said: “Don’t fear! I bring you good news of great joy that will be for all people. Today, in the city of David is born to you a Saviour who is the Messiah, the Lord. Here is the sign that proves it. You will find a newborn, wrapped and placed in a manager.”

And as the promised Messiah was revealed to these simple shepherds it was as if the heavens themselves couldn’t contain their silence any longer and suddenly with the angel, bursting forth into time and space in the fields outside Bethlehem is the entire host of heaven, myriads of angels praising God together and crying:

“Glory to God in the highest!
And on earth peace among those with whom he is pleased!”

And when the angels had gone the shepherds left their sheep. They had something much more important than sheep on their minds. They went to Bethlehem, they found the newborn in the manger as the angel had told them and they found Mary and Joseph. As they told the parents the story of what had occurred out in the fields Mary in wonder treasured up all these things, the confirmation of the prophecy to her all those months before. And the shepherds returned to their sheep glorifying and praising God for all they had heard and seen, as it had been told to them.

At the right time, Mary and Joseph took Jesus to be presented to the Lord in the Temple, according to the law. There, in the Temple was Simeon, a godly and devout man, seeking God and waiting for God’s promised salvation. God’s Holy Spirit was upon him. He knew that he would see God’s Messiah before he died, and so he waited. When he saw Jesus he took him in his arms and blessed God.

“Now I can die in peace! Now I have seen with my own eyes your salvation, your light, shining for all nations, and for the glory of Israel.”

This is the beginning of the Gospel. Not the promise, but the fulfillment. This is the moment in time when God in grace broke into his creation with his own Son. God, the Word through whom the entire universe was brought to be was now in his creation. The Word become flesh!

Here, at Israel’s lowest point, when God had been quiet for centuries, when hope had all but drained away, when religion had become perfunctory and a duty, here God broke in! The grace of God’s angel Gabriel to Zechariah and to Mary hides the momentous events that are unfolding. And yet, at the very point of the incarnation, of God breaking into his own creation for our salvation, at this point all of the heavens burst forth in praise! How can we imagine what it was like to be on that hilltop with the shepherds? This was something the like of which had never been before, and never will be until that same promised Messiah returns again!

How can we honour this promise in our lives at this time when we have chosen to remember Christ’s coming, Christmas? Please do celebrate, please do decorate your home and sing your songs and visit your families, but in so doing, treasure up in your heart the reality behind Christmas – the God of Creation become one of us to save all of us from our own sin and rebellion. And as you meet with families and friends, remember the grace that came to us all that first Christmas, the offer of redemption, salvation, forgiveness – hope and peace. And as you accept that from God for yourself, offer the same forgiveness, hope and peace to those you meet.

When we consider, when we treasure up these thoughts they almost defy description, but that should only drive us to praise and worship the more as we celebrate a Christmas that at it’s heart tells us:

“The hopes and fears of all the years are met in thee tonight!” 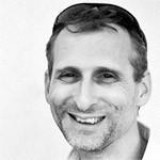